Today, alcohol addiction is the most common type of substance used in the United States. Millions of Americans use this substance regularly, and nearly every form of media shows alcohol use as a normal activity. Unfortunately, too frequent alcohol consumption can spiral into alcohol abuse, causing an individual to then develop an addiction. Consequently, this can lead to a range of physical and mental health concerns.

What is Alcoholism and How Does it Affect the Human Body?

Alcoholism is a condition characterized by frequent alcohol abuse and an individual’s inability to manage their drinking habits. People who suffer from alcoholism continue to drink despite the negative side effects that come with consuming too much alcohol. Regardless of physical, social, or psychological ramifications, the addicted person will continue to seek out and drink alcohol.

The prioritization of alcohol by a person suffering from an alcohol use disorder is highly concerning because of the many ways alcohol affects the human brain and body. For example, consuming large amounts of alcohol consistently can lead to a higher tolerance. This is dangerous as addicted individuals over time have to drink higher quantities of alcohol to continue to feel the desired effects of the substance, exacerbating any problems caused by their frequent consumption.

How Alcohol Affects the Body 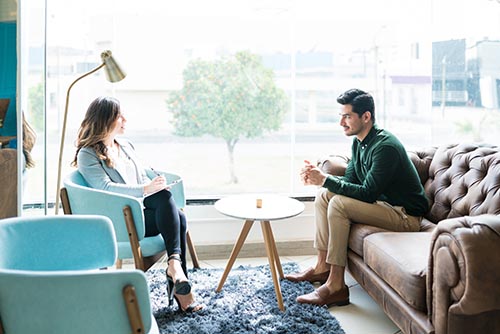 Consuming vast quantities of alcohol, like any drug, can lead to a variety of different health conditions. Excessive drinking in particular has a profound and damaging effect on human health. When misused, alcohol is shown to produce both short-term and long-term side effects — some of which may be irreversible. In the short term, the following side-effects can occur due to consuming too much alcohol:

What may be more concerning than short-term side effects are the long-term effects of alcohol abuse. While the severity of symptoms depends on the frequency of consumption, the amount consumed, hydration levels, or whether the person was eating food, serious and persistent health effects may still occur. The long-term effects of alcohol on the body include the following:

Alcohol abuse is considered to be one of the four leading causes of preventable death. This puts it in the same category as other health-damaging substances such as cigarettes. Moreover, alcohol can affect more than a person’s physical health. Every aspect of a person’s life may be impacted by abusing alcohol, such as mental health, work performance, financial stability, and interpersonal relationships.

How Alcohol Addiction Affects the Brain

Not only does alcohol abuse and misuse substantially affect a person’s body, the human brain also experiences alterations in function. As alcohol enters the brain, it increases the levels of dopamine and gamma-aminobutyric acid (GABA) being released. These chemical messengers create a feel-good effect that reinforces the consumption of alcohol so that you continue experiencing the pleasurable sensations caused by alcohol.

Unfortunately, the frequent abuse of alcohol can take a tremendous toll on the brain and produce negative cognitive side effects over time, such as:

The Dangers of Binge Drinking

Alcoholism, or alcohol use disorder, can develop from bad habits surrounding alcohol use.  Binge drinking, an act that can lead to a dependency on alcohol, refers to when a person drinks large quantities of alcohol quickly with the intention of getting intoxicated in a short period of time. While this may seem like a harmless way to get the most out of your alcohol, it is actually a very dangerous practice.

Binge drinking is associated with a number of consequences including hangovers, alcohol poisoning, violent behavior, crime, and accidents in the short term. In the long term, the development of alcohol addiction can occur as an individual’s body becomes more and more accustomed to handling large amounts of alcohol. This can cause the misuse of alcohol to develop into a fully realized addiction that leads to many of the health consequences previously mentioned.

Do You Need Alcohol Addiction Treatment in Massachusetts?

Because American society widely accepts alcohol use, it’s often hard for people to determine whether or not they need to seek out an alcohol addiction rehab center. However, experts in the arena of addiction treatment recognize a range of symptoms that indicate if someone is abusing this substance. The criteria for alcohol addiction may include:

If you’ve struggled with several of these criteria, then it may be time to seek substance abuse treatment for alcohol addiction. At Chapters Recovery, we provide individualized care using evidence-based practices centered around The Big Book of AA. However, before you seek alcohol addiction treatment in Massachusetts, detoxing from alcohol in a medical setting is a critical first step.

Why You Need Addiction Treatment to Detox From Alcohol

There are many reasons why you need addiction treatment and supervised detox to recovery from alcohol addiction. It’s important to know that alcohol addiction requires specialized care to treat and that recovering on one’s own is not only extremely difficult but also highly dangerous. This is because detoxing from alcohol is a process that must be carefully conducted due to the dangers associated with alcohol withdrawal.

The Dangers of Alcohol Withdrawal When undergoing treatment for alcoholism, detoxification is the very first step. With the help of medical professionals, serious complications attributed to a condition called Alcohol Withdrawal Syndrome (AWS) can be avoided. This is generally accomplished through medication and a schedule for tapering off alcohol consumption that aims to reduce the potentially serious and uncomfortable withdrawal symptoms that can occur, which include:

The severity of these symptoms is why it is never recommended for anyone to quit alcohol cold turkey. As the brain and body become more adjusted to alcohol use, they require it to maintain stability. Subsequently, when alcohol use is suddenly stopped, the body can fail to maintain its equilibrium, leading to side effects that can cause serious health effects, some of which may lead to death.

What Should You Expect at Our Alcohol Addiction Treatment Center?

When you reach out to the experts at Chapters Recovery Center, our admissions team will ask you about your history of alcohol use and any health concerns you may have. It’s important to be honest during this process so that the best treatment options for your needs can be considered. Once we’ve performed this assessment, we will work with you to design a unique treatment plan to provide the best possible chance for long-term recovery.

Before you enter our program for alcohol addiction treatment in Massachusetts, we may refer you to one of the expert detox facilities in the area. However, once you finish the detox process, you have a wide range of treatment options available to you, including:

No matter what level of treatment you require, you’ll spend a significant amount of your time in our care in one of our evidence-based therapy programs. Based on your unique needs, we can provide a customized treatment plan, ensuring that you get the tools you need to stay sober outside of treatment.

Alcohol addiction may be complicated, but the decision to get sober doesn’t have to be. Once you’ve decided to take your life back from substance abuse, finding treatment is the next step. If you’re looking for alcohol addiction treatment in Massachusetts, we are here to help.

Here at Chapters Recovery Center, we strive to help our clients begin a new chapter of their life. Our treatment professionals are dedicated to creating the best possible treatment plan for each of our clients. Whether you’re struggling with an addiction to alcohol or another drug, we can provide the care you need. To learn more about our services and discover which treatment program will best suit your unique needs, contact us today.