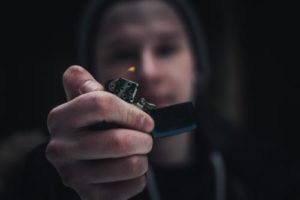 Methamphetamines are an extremely addictive Central Nervous System (CNS) stimulant. Typically, methamphetamine is in powder form, but it can be pressed into pill form.

Methamphetamine was once legal and available for weight loss and as a decongestant. However, it was being widely abused. As a result, in 1970, the FDA classified it as a schedule II controlled substance.

Today, the only prescription methamphetamine available is Desoxyn. It is to treat severe obesity and attention deficit hyperactivity disorder (ADHD) cases.

What is Meth, and How is It Used?

The illicit forms of this drug are meth and crystal meth. Meth is a crystalline powder. It is typically white but can also be brown, pink, or yellow. Meth is odorless and is dissolvable in liquids.

It is typically abused by smoking, snorting, or injecting the drug. It may also be pressed into pill form and swallowed.

Meth is often “cut” with other substances. Some drug dealers will “cut” the meth with prescription drugs such as antidepressants or opioids. Mixing drugs is extremely dangerous and increases the risk of an overdose.

Common street names for meth include:

The key ingredient in meth is Ephedrine or Pseudoephedrine. These drugs are found in over-the-counter cough and cold medications. Most often, meth is made in “home labs,” which is extremely dangerous because the gasses and chemicals released when creating meth are toxic and explosive.

What are the Effects of Meth on the Brain and Body?

Any use of the illicit drug meth is abuse. Meth produces a “rush” when injected or smoked. The “rush” results from an increase in heart rate, blood pressure, and reward neurotransmitters in the brain. However, when meth is snorted, it doesn’t create a “rush”; it creates a euphoric sensation.

Injecting meth creates the most potent “rush,” which can last up to 30 minutes. After the “rush,” people often maintain a steady high for 8 to 24 hours, depending on how it is abused. While injecting meth is a stronger “rush,” the effects wear off the quickest.

Common effects of meth include:

People who abuse meth by injecting the drug may suffer from collapsed veins. They also increase their risk of contracting HIV/AIDS or hepatitis if they share needles.

The effects of meth can overwhelm the body and cause seizures, heart attack, stroke, or overdose.

What are the Signs and Symptoms of Meth Addiction?

Meth takes an extreme psychological and physical toll on the body. For this reason, it is one of the most dangerous drugs available.

Many people abusing meth try to hide their drug use. But, the longer they abuse meth, the harder it is to hide. Meth chemically alters the brain, which changes users’ thoughts and feelings and makes recreational meth use a major priority.

A sudden loss of interest in hobbies and other important aspects of life is typically the first sign and symptom of meth addiction. Relationships and careers also suffer because using meth is more important.

Common signs of meth addiction include:

Tweaking is a tell-tell sign of meth addiction. Tweaking is the period of insomnia and anxiety that lasts 3 to 15 days. People who binge meth to the point they can no longer get high are said to be “tweaking.”

Side effects of tweaking include:

What are the Stages of Meth Addiction?

The effects of meth on the brain are intense. Meth causes a flood of dopamine to be released, producing pleasurable feelings. It also affects serotonin release, which causes insomnia and other unhealthy consequences.

Meth is highly addictive, even with one use. However, people typically go through various stages before reaching methamphetamine use disorder.

People often use meth for the first time because they hear how pleasurable it makes them feel. They usually don’t understand the effects of meth on the brain with just one use. Furthermore, people with addictive personalities have a higher risk of forming connections with meth in the brain.

Experimental use is using the drug one or two times but never again. Experimenting with meth is risky and often leads to continued use.

Peer pressure can lead to making bad decisions like trying meth. But, using meth socially can quickly go from occasionally using to using every week. This can build a tolerance to the drug, which means you need more to feel the same effects.

Once a tolerance to meth develops, the need and cravings for the drug are so strong they begin taking over daily life. The abuse stage of meth addiction has many negative consequences, including:

Addiction or substance use disorder is the final stage of meth addiction. It is a chronic brain disease that causes a person to continue using despite the negative consequences. If a person doesn’t get their usual dose, withdrawal symptoms start. Additionally, mental health disorders such as anxiety and depression worsen with addiction.

What are the Signs and Symptoms of Meth Withdrawal?

Meth withdrawal begins as soon as the drug leaves the body. It is the result of the body adjusting to not having meth. Withdrawal symptoms include physical symptoms such as fatigue and psychological symptoms like depression or psychosis.

The withdrawal process and experience are different for everyone and depend on factors like the severity of meth addiction. Many symptoms of withdrawal are mild and uncomfortable. However, some symptoms are severe.

Common symptoms of meth withdrawal include:

What Happens During Meth Detox?

The main goal of meth detox is to make the patient feel safe and comfortable. Patients are under 24/7 medical supervision to monitor for health complications and severe withdrawal symptoms. To keep patients comfortable, medical detox often uses medications such as antidepressants.

Meth detox generally has three stages. First, patients go through a thorough evaluation and health review. This helps the doctors know how to manage your withdrawal symptoms.

Stabilization is the second stage of meth detox. Most patients arrive at detox at the peak of withdrawal. For this reason, once the evaluation is done, treatment immediately begins as withdrawal symptoms improve, a patient’s treatment changes.

The last stage of meth detox is transitioning into a treatment program. Many people think detox is a treatment, but it just rids the body of meth. It doesn’t treat the causes of meth addiction, such as childhood trauma or abuse.

What Types of Treatment are Available for Meth Addiction?

After medical detox, patients transition into either inpatient or outpatient treatment. Which program a person enters depends on many factors, including the severity of meth addiction and any co-occurring mental health disorders.

The effects of meth on the brain can cause lasting damage. Inpatient treatment treats co-occurring mental health disorders simultaneously. This offers the highest chance of lifelong recovery.

CBT is a type of talk therapy. It focuses on the unhealthy thoughts, beliefs, and feelings about themselves and the world around them. Therapists help patients address the underlying causes of these beliefs and thoughts and replace them with healthy thoughts, feelings, and beliefs.

CM for meth addiction offers incentives for continued recovery. When a patient has a drug-free urine sample, they may receive a voucher or other rewards. Vouchers typically increase in value the longer a person stays drug-free.

Other common therapies in meth addiction treatment include:

No treatment or therapy can cure addiction. Recovery is a lifelong journey. Attending support groups and 12-step meetings after treatment is crucial to lasting recovery.

It’s time to stop letting meth ruin your life. At Chapters Recovery Center, we offer medical detox and treatment options to meet your addiction and personal needs. Give us a call today and find out how we can help you live a life of lasting recovery.