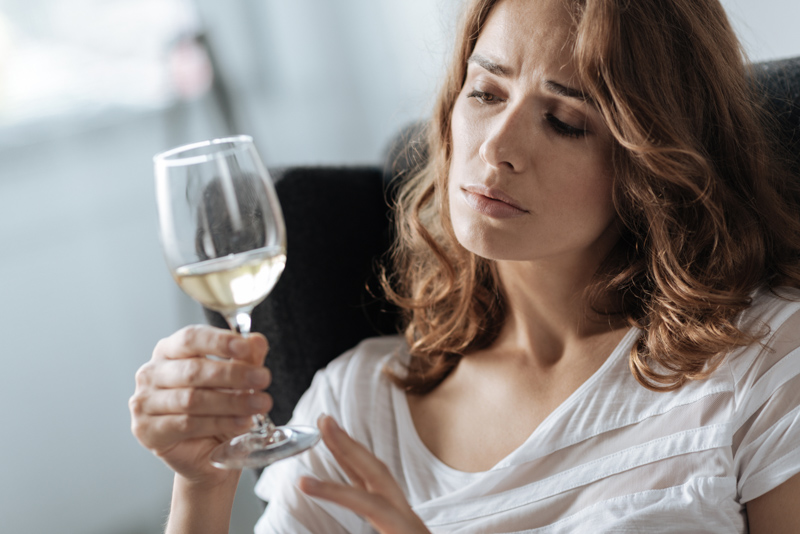 An alcoholic narcissist, or someone with narcissistic personality disorder, is one of many conditions that can co-occur with alcoholism, or alcohol use disorder (AUD). But,  AUD can cause some people to develop narcissistic characteristics. They may become arrogant, defensive, and self-centered.

Alternatively, having a narcissistic personality disorder can make a person more susceptible to the abuse of alcohol. An alcoholic narcissist has an excessively grand view of themself, or they’re using alcohol to help cope with an underlying shame.

Narcissism is intense self-involvement to the extent that it makes the person overlook the needs of people around them. Although everybody may show narcissistic behavior occasionally, true narcissists often disregard other people and their feelings. In addition, they don’t seem to understand the effect their behavior has on other people.

There are two types of narcissism that narcissist behavior may fall under. They can have common traits but arise from different experiences in childhood. These two types also direct the different ways people will behave in relationships. The two types are:

Individuals with this type were probably treated as if they were superior to others during childhood. And these expectations follow them into adulthood. They tend to brag and be elitist. They’re also frequently aggressive, dominate, and exaggerate their importance.

This type is usually the result of childhood abuse or neglect. People with this type are much more sensitive, and narcissistic behavior helps protect them from feelings of being inadequate. Although they go between feeling superior and inferior to others, they feel offended or anxious when other people don’t treat them as if they’re special.

What Causes of NPD?

Besides certain generalizations, it’s not known exactly what causes narcissistic personality disorder. As with personality development and other mental health disorders, the cause of NPD is complex. It may also be linked to:

How Does Alcohol Affect a Narcissist?

Both types of pathological narcissism (abnormal efforts to regulate the self) are also linked to alcoholism. In a study of college students, it was found that grandiose narcissism appears to be a positive indicator of alcohol misuse. In grandiose narcissists, alcohol use enhances their grandiosity. Grandiose alcoholic narcissists will deny that they have a drinking problem. They insist that their drinking is normal and may even be proud of it, especially if it makes them seem special.

In addition, vulnerable narcissism is also a risk factor for alcohol-related problems in the future. Vulnerable alcoholic narcissists are usually trying to hide an underlying shame and use alcohol to cope. This makes them susceptible to addiction. Unlike grandiose narcissists, they are likely to admit that they have a problem with alcohol.

What Are Some Signs of AUD?

Alcoholism is used to describe the chemical and psychological dependence on alcohol that a person may have. It’s a progressive illness, meaning it gets worse over time. The Diagnostic and Statistical Manual of Mental Disorders, 5th Edition (DSM-5)  uses “alcohol use disorder” as the official term for alcoholism. An individual is diagnosed with AUD if they meet at least 2 of 11 criteria of DSM-5.

Depending on the number of criteria met, the severity of AUD is classified as:

10 Ways Narcissists and Alcoholics are Similar

They are driven by cravings

Narcissists crave attention and like the feeling of superiority.

They are self-centered and feel entitled

Narcissists think relationships are all about them.

Alcoholics believe that drinking is the most important thing, even at the expense of their loved ones needs.

They blame other people

Narcissists almost never apologize for their mistakes. Admitting mistakes is a weakness that they hate. They also tend to blame other people for making them do the things they do.

Alcoholics will have lots of excuses for their drinking. However, it’s usually not their fault.

They will avoid or hide their shame

Narcissists avoid shame by shaming other people for things they did wrong.

They exploit people and situations

Narcissists believe they can do whatever they want at other people’s expense.

Alcoholics are opportunistic and resourceful at getting their drinks.

Alcoholics and narcissists will both become defensive once they are confronted about it. They might withdraw or be angry. They also might attack people who point out what they’re trying to hide or deny.

Narcissists lie to promote their image and avoid being criticized.

Alcoholics will claim that they can stop drinking whenever they want. They’ll also deny when they had a drink or that their drinking has negative consequences.

They refuse to self-reflect.

Narcissists don’t like self-reflection. This means that they don’t like to seriously think about their behaviors. Neither do alcoholics. They avoid reflecting on their insecurities and lack of self-esteem by drinking.

They are manipulative and arrogant.

Narcissists often show emotions that are designed to promote a positive image of themselves.

Alcoholics might cry about the costs of their addiction, but it doesn’t mean anything because they still won’t stop drinking.

Their behavior is destructive.

Narcissists reveal destructive behavior because of a lack of empathy and genuine emotions.

Alcohol addiction affects behavior and the way other people are treated. This is why it’s hard for narcissists and alcoholics to maintain relationships.

What Are The Differences?

Even though narcissism and alcoholism share similarities, the two are still different and separate conditions. For example, narcissists and alcoholics differ in terms of:

Is AUD a Mental Illness?

Depression causes a person to have a consistently negative outlook and affects a person’s thoughts and actions. Alcohol is sometimes used as a quick fix but can actually make symptoms worse.

Often described as a manic-depressive illness, this condition involves erratic mood swings that go from extreme highs to severe lows.

PTSD is a psychiatric disorder that affects people who have witnessed or experienced traumatic events.

The co-occurring conditions may begin at the same time and overlap. Or one may start before or after the other. In any case, the two co-occurring disorders can interact in a manner that makes the severity of both of them worse. NPD is one of those conditions that can co-occur with alcoholism.

Diagnosing and treating co-occurring disorders can be problematic. This is particularly true with NPD and alcoholism which have symptoms that overlap and often affect each other. As an example, AUD can make people be defensive of their addiction. This is also a trait of narcissistic personality disorder. This makes it hard to tell if the root problem is narcissism or alcoholism. This also makes it difficult to recommend the correct treatment.

An individual with a mental health condition and a SUD must have both conditions treated at the same time. Many of the treatment options for both may include:

Combined treatment for SUDs and mental illness has proved to be consistently superior compared to separate treatments for each condition. Treating only one (NPD or AUD) increases the chances of relapse.

Treating SUDs and mental illnesses frequently involve using cognitive-behavioral therapy (CBT). CBT is an evidence-based therapy that teaches methods to improve interpersonal communication and coping skills. This is done by helping the individual recognize how their faulty thinking patterns affect their behaviors.

Is an Alcoholic Narcissist More Likely to Relapse?

There doesn’t appear to be a significant relationship between narcissistic personality disorder and substance use relapses. But, when people with both AUD and NPD go back to drinking, they will probably hide or deny it. They may also feel like they failed and blame someone else for their failure. This is why simultaneous treatment of both disorders is essential. If only one is treated, the chances of relapse increase.

Do You Know an Alcoholic Narcissist?

Or maybe you know someone with alcohol use disorder. Is it you? If you or a loved one needs help for a substance use disorder and a co-occurring  mental health disorder, you can find help for both at Chapters Recovery Center. We can provide a medically supervised detox (a necessity for alcohol withdrawal) and a range of outpatient programs, beginning with the most intensive partial hospitalization program (PHP). In addition, we have individual programs for women and men. You owe it to yourself and your loved ones to reach out for help. This is too important to try to do it yourself.

What to Expect During Heroin Detox in the Metrowest
November 20, 2021

Tips To Get Through Meth Addiction Treatment
November 5, 2021