Overdose Recovery: What Happens After an Overdose? Unfortunately, drug overdoses are frightening but common events. They kill around 100,000 people in the U.S. every year. Obviously, the worst outcome from an overdose is death. However, other problems can happen. A lot of people have long-term, harmful effects from a substance overdose. Alcohol and drug rehabs in Massachusetts are a resource for individuals to find help after experiencing an overdose.

What is An Overdose?

If you get medical attention before serious breathing problems occur, you should survive with few long-term consequences. But an overdose can be deadly or result in permanent brain damage if treatment is delayed.

An overdose is not the same as poisoning, even though the results may be the same. When someone or something (such as the environment) exposes you to dangerous plants, chemicals, or other harmful substances without your knowledge, it’s called poisoning.

Effects on the Body and Brain

When you use drugs and alcohol, the substance interferes with the chemical messengers in your brain. It may slow down the messengers, as in the case of alcohol, depressants, and opioids. Or it could speed up the messaging, as is the case with methamphetamine, cocaine, and prescription stimulants.

What Happens After an Overdose?

Once an individual experiences an overdose, it is likely clear they need therapeutic and medical assistance. After an overdose, finding and treating any apparent medical issues is essential. This should be done with a medical professional, as the potential issues could be life-threatening. Post-overdose issues often include cardiac, respiratory, or gastrointestinal problems. Most commonly, after an overdose, the individual may experience memory loss and abnormal vital signs.

What happens after an overdose can play a role in whether an individual continues substance use, or recovers from their addiction. After the person is stabilized, the following step should include exploring treatment options. Our addiction treatment programs in Danvers, MA, have led to many success stories and at Chapters Recovery, we will continue to help every person we can.

What are Some Signs of an Overdose?

Some common general symptoms of a drug overdose are:

The effects of an overdose can be short or long-term. The breathing problems associated with opioid overdoses can cause a loss of oxygen to the brain. This can result in permanent brain damage and long-term health issues.

Symptoms of an Opioid Overdose

Opioid overdoses are very common and can happen quickly with little warning. Signs include:

Signs of a Depressant Overdose

Central nervous system depressants cause calming and drowsy effects. When an overdose happens it causes:

Alcohol overdose symptoms may include:

Depressants, opioids, and alcohol have some side effects that overlap. Stimulants cause different effects. The most common symptoms are:

When alcohol becomes the focus of an individual’s life, common job priorities can easily get disregarded. So much so that a suffering work performance could result in firing. It takes refocusing one’s priorities to get back on track. Reach out to a compassionate therapist today to get your life back on track.

Alcoholism often influences family relationships by changing the abuser’s desires to center around alcohol consumption. Thus, frequenting bars and social gatherings where drinking is more prevalent become the focus. In turn, family bonds get neglected in the process.

A battle with alcohol is nearly impossible to conceal. However, it doesn’t stop many from attempting to do so, resulting in a complete detachment from family communication and circumstances. This causes family members to feel distant and can crumble a relationship from within.

The truth is, opening up to your family about your struggles with alcohol is one of the greatest first steps you can take toward sobriety. Doing so mends the communicative disconnect between you and your loved ones while getting you the help you deserve and need.

Steps to Take in Case of An Overdose

If you or someone you know has taken too much of a substance, stay calm and:

Never interfere during an overdose. Wait for the professionals. Avoid moving the person, trying to use other substances to cancel the effects, or giving food. These things could make symptoms worse.

When to Use Narcan (Naloxone)

The exception to interfering is with naloxone. Learn how to administer naloxone to reverse an opioid overdose and save your life or the life of someone else. Administering Narcan saves lives whether it’s used as a nasal spray or a prefilled syringe. It restores normal breathing, it’s safe, and doesn’t have the potential for abuse. You may be able to get naloxone from a community health center, training program, or pharmacy. Often, it is free and available without a prescription at pharmacies.

You can make sure that the person is still breathing and can breathe easily by putting them in the recovery position. It’s common for someone who has become unconscious to swallow their tongue. This also makes sure that if they vomit, it won’t block their airway and choke them.

How Common is Relapse?

By understanding how and why relapse happens you are better able to forgive yourself or a loved one and move on in the recovery process. But it’s important to realize that it’s common for relapse to happen and, according to some people, it’s a natural part of the recovery journey. The Journal of the American Medical Association (JAMA) reported that “among individuals with substance abuse disorders who get treatment, 40% to 60% will relapse within one year. The National Institute on Drug Abuse (NIDA) says that the chronic nature of the disease of addiction means that a relapse at some point is not only possible, but likely.

When you abstain from using a substance for a period of time, and then go back to using it, that’s a relapse. But it’s more complicated than just a failure of willpower. Addiction has a serious impact on your brain. That’s why organizations that study drug abuse usually describe it as a brain disease. Viewing it this way makes it easier to understand the complex relationship of addiction and recovery.

The Relapse and Overdose Connection

Accidental overdose is one of the biggest risks for a relapsing addict. Many people have overdosed during their first relapse after a period of abstinence on uncountable occasions. The reason for this is the tolerance an addict builds over the course of their addiction.

When you become addicted, your brain demands increasing amounts of the drug to get the rewarding feeling you felt when you first started using. This is tolerance. Brain scans show that the changes in your brain caused by addiction make you less able to use good judgment and self-control. When a person relapses, they tend to go back to the same dose they used before going into recovery. This often leads to an overdose, frequently fatal.

Why Treatment is Essential 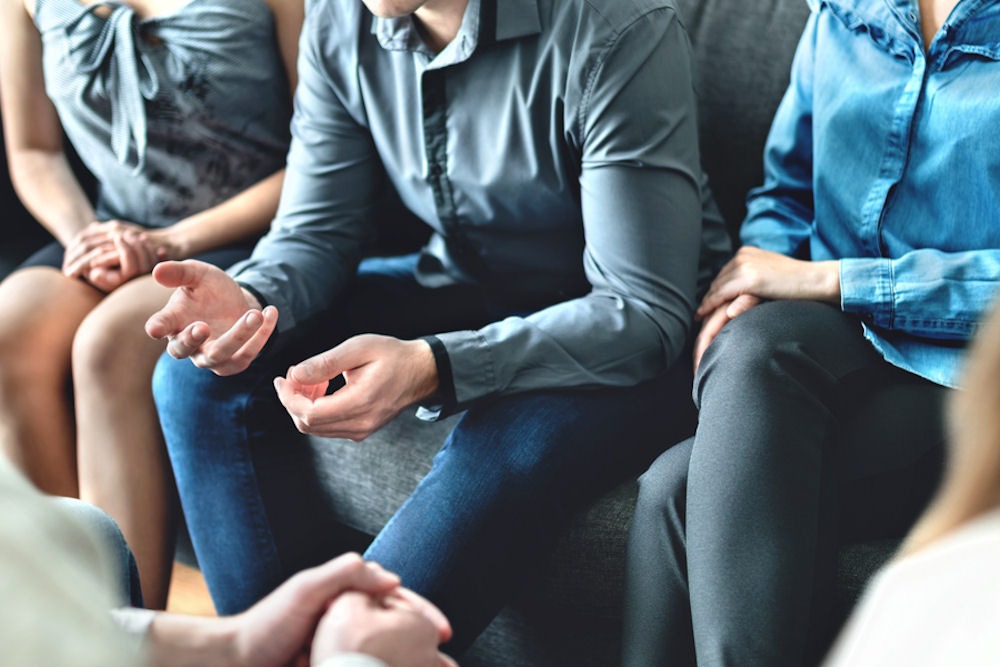 Professional rehab programs provide a substance-free, protective environment where recovery is your only focus. Transitioning out of a completely substance-free therapeutic environment and back into daily live can be very difficult. If you don’t have a good plan to help you and provide enough support, you are more likely to relapse.

Individuals who have SUD need to be in a drug-free environment with people who will hold them accountable. Rehab often begins with detox to help rid the body of drugs and ease withdrawal symptoms. This prepares the person for addiction treatment.

Once the body is free of drugs, a person can think more clearly and educate themself about their addiction. This helps you recognize which people, events, habits and experiences trigger cravings for drugs.

There are a lot of reasons people get addicted to drugs. You need to gain insight into what drew you to your drug of choice. It’s important to look beyond your behavior to understand what is behind your drug use. The counselors at treatment centers are trained addiction specialists and can help you look into the underlying issues, make sense of them, and help you establish new coping skills that don’t depend on drug use.

Most people with a drug use history have inadequate discipline and self-care habits. An important part of self-care for someone in recovery is setting and reaching goals. Most people don’t know how to set goals that are likely to be achieved. Sincere intentions eventually get abandoned because the goal setting wasn’t done properly. The cycle of wanting to change habits and falling short weakens a person’s desire to the point where they may stop trying.

People with SUD usually don’t take much responsibility for their life and behavior. However, their family and friends tend to take on too much responsibility. The boundary that helps people navigate a healthy relationship is frequently unclear in families where there is an addictive pattern. Although these roles can lower stress temporarily, they increase confusion and anxiety because the issue of addiction is never addressed. Treatment helps you see where these boundaries get tangled and teach you how to keep them healthy.

Chapters Recovery Center Can Help You Reach Your Goals 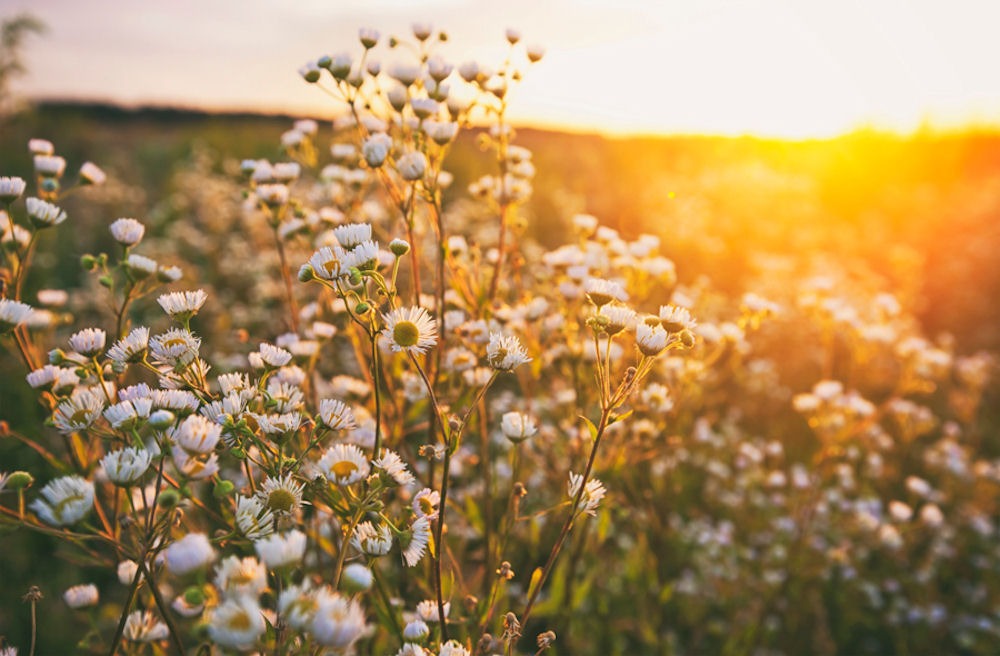 You’re interested in getting off drugs, and that’s a very good thing. But don’t try to do it on your own. Trying to rehab on your own opens you up to a host of difficulties and dangers as mentioned previously. Chapters Recovery Center has every program and every level of care you could ever need for a successful lifelong recovery, from drug and alcohol detox to sober living and aftercare.

Our therapists are licensed and certified addiction specialists, whose only job is to help you achieve lifelong sobriety. The first step to reaching your goals for the future is to contact us today. Let’s talk about how we can help you on the road to recovery.

What are the Dangers of Self-Medication?
December 16, 2022

Can Adderall Cause Depression?
November 8, 2022